mmm I fear those nuggets are sneakier than I originally thought. They are super noisy little attention seekers. They keep mum all for themselves, asking her for food, cleaning of the mess they make again and again and again. And as if that was not enough, they have decided to get sickly and sneeze. So mum is spending ages trying to medicate them and keep them alive. She was very upset because she lost another little nugget yesterday evening. They are supposed to become bigger so I can have a snack, how are they going to become bigger if they keep becoming dead hey??
And what's with all that keeping mum away from me... I am starved of cuddles... abandoned... all alone... sniff poor me... There are only three left now, we'll see how it goes.
And look, as if mum wasn't busy enough looking after them and going to work, she also spends time doing some things for their new house. That doesn't look like throwing the ball for a game of fetch or going for a nice walk does it?
Mum was all proud of herself to have planned the nest boxes, cut out all the little bits of wood and assembled everything nearly all by herself... I think she was more proud that she still had all her fingers after using the electric saw, if you ask me, she's so gauche! 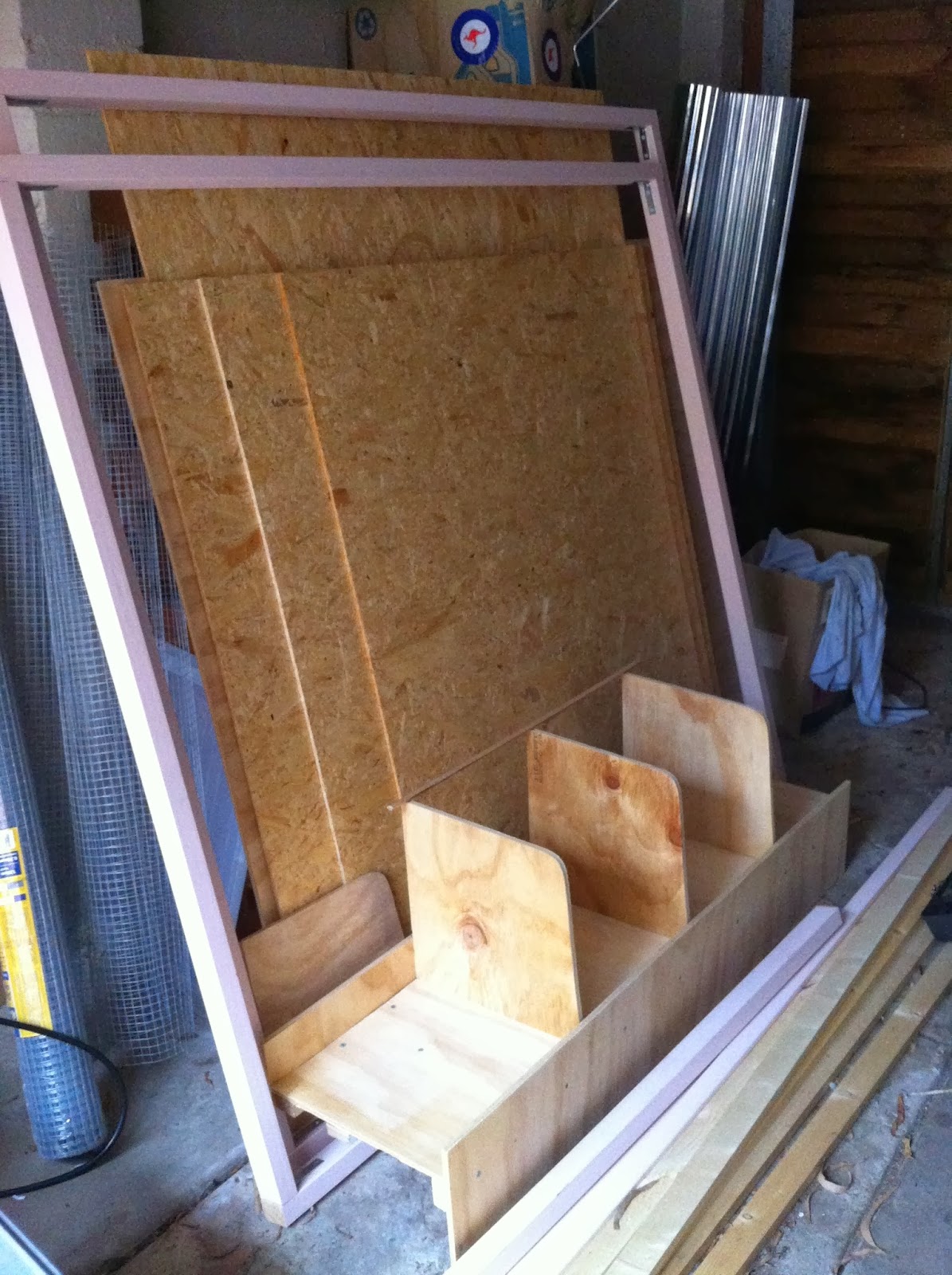 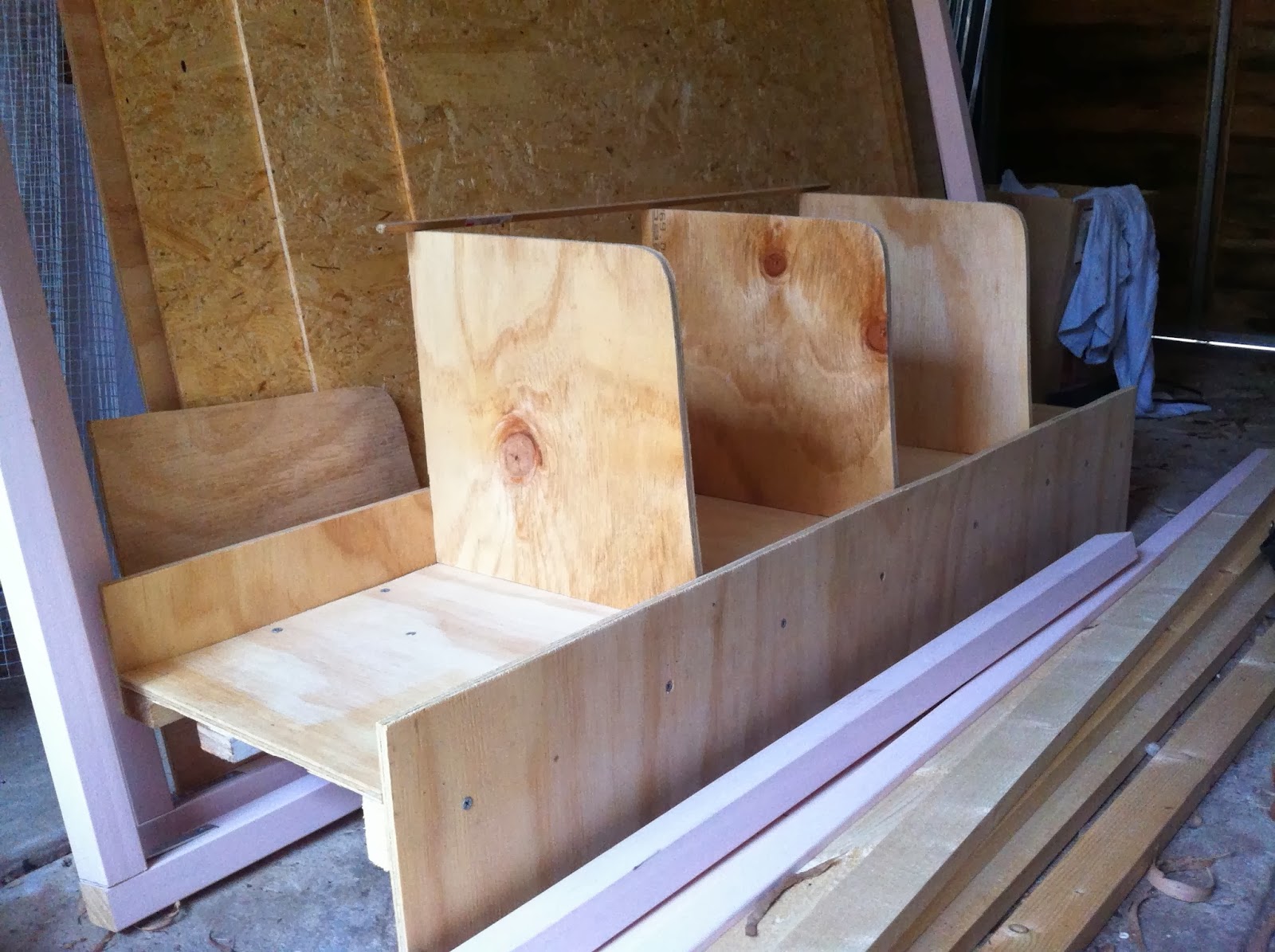 All that smugness for just that tiny thing, doesn't take much to make her happy doesn't it... Ok enough with those chicks, let's go play mum!
Posted by Sophie at 11:22