Then the best part of the morning was that Mum made a bit of breakfast and some toasts yehahh, now that's what I'm taking about! Some nice crunchy toast in my belly, errr, sorry nice toasts for "her" brekkie...
She started walking around with her toast and she said she was going for her shower... Well, ok, why not... And shall I add: yeepee toast and splashes!!

She nonchalantly went in the bathroom, so I followed her in. But then, she closed the door behind me! Eh what!?!? and then she.... well she... I can't even tell it, it's so raw!! So emotional...
She WASHED me all over with the smelly flowery shampoo!!! YUK!

And it was morning! She usually washes me in the afternoon!!! And she took a toast! The toast didn't even have anything on it. It was PLAIN toast

Next time I'l make sure that I follow only toasts with something worth it on, like foie gras or peanut butter. I guess I would have known something was up with the peanut butter cause she doesn't like it. However, who cares: a whole toast with peanut butter on it would be ok in exchange for just a tail rinse. Not the full body wash though, that would take more, much much more!!

At least I might have found a way to make all that malarkey less traumatic. Some of my twitter pals are developing fox poo and rabbit poo conditioners in their secret underground laboratory!! I NEED some!!! 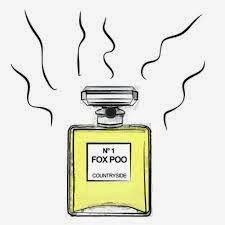