Well after a big day of agility yesterday, mum decided that we were going to do a big walk in the trails today. Dad went to play with his grape juice so he abandoned me to my fate with mum.
And gosh it was a wowser of a walk, I can't feel my paws now! Mum was a tad rude when we finally arrived at the start of the trail, she said that it was lucky that the road was good for category 1 tanker!! I'm not a tanker, thank you very much! 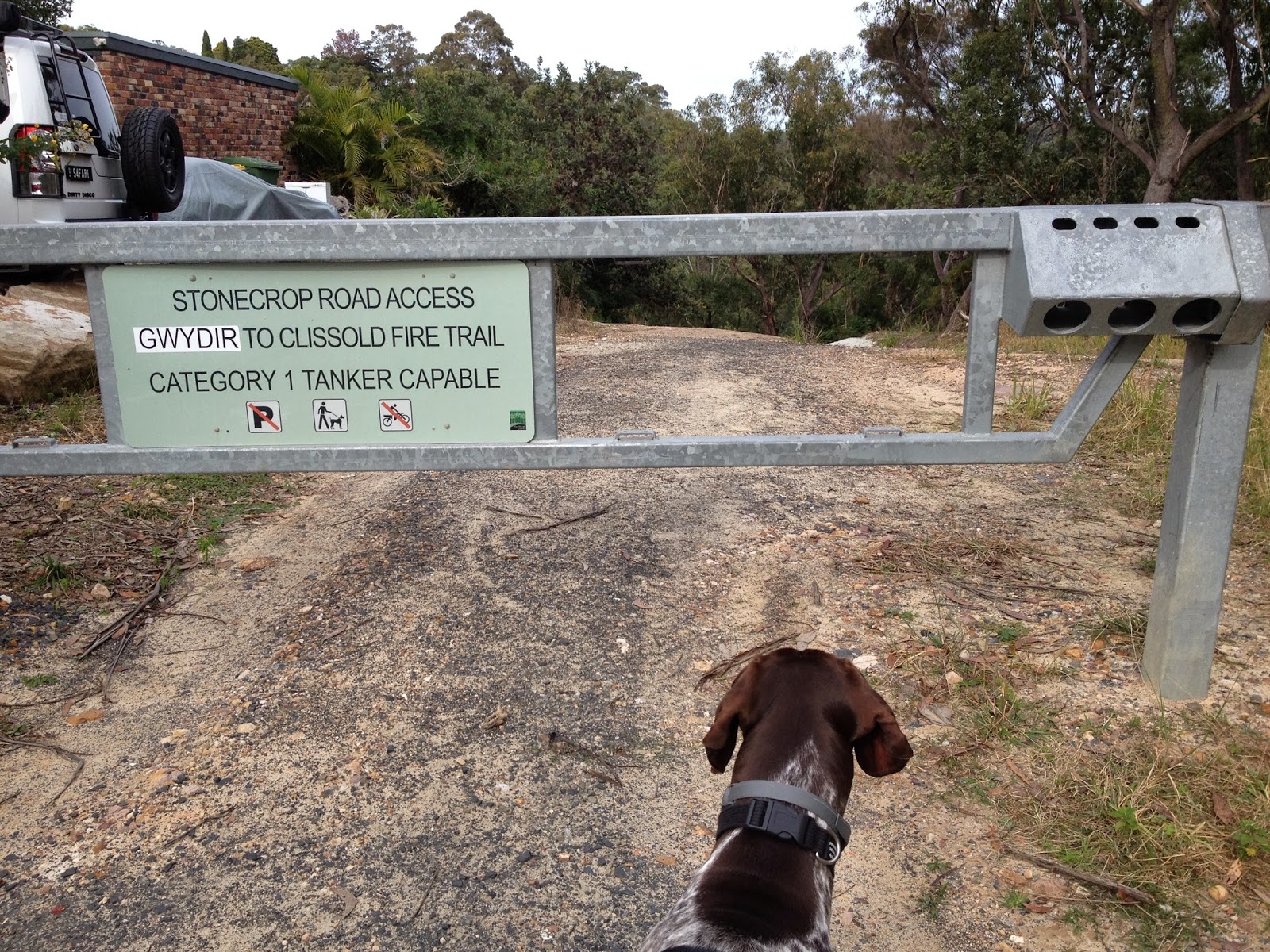 But except rude mum, it was a lovely walk, a bit of sun but not too much so we didn't desiccate. 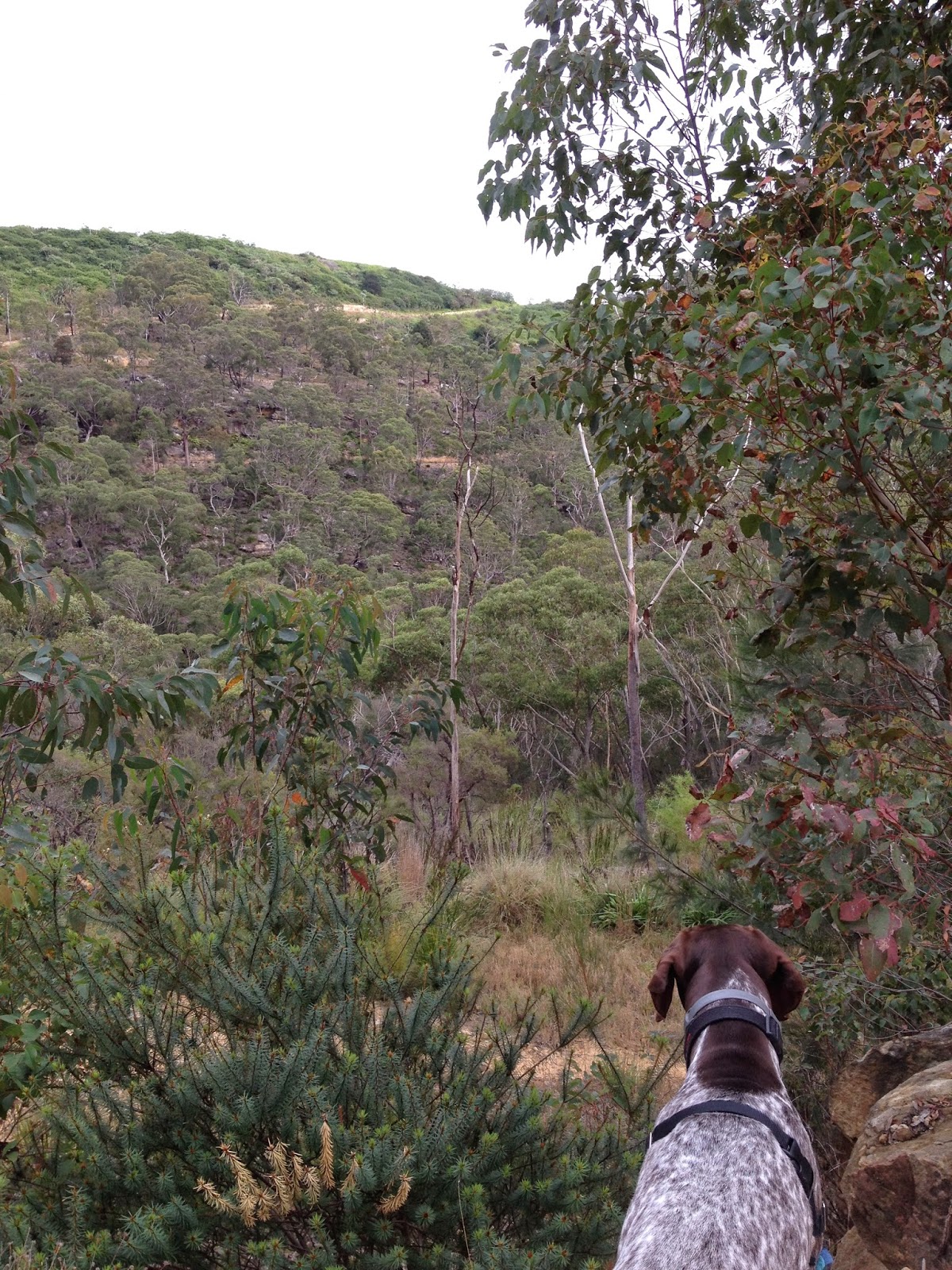 I did have a few complaints with mum today though. She's just too embarrassing! She walked straight into a big spider web with a spider in the middle. Mum nearly had a spider sandwich with no bread... Then she was waving her hand and slapping her head for ages afterwards, squeaking it was my fault... Well who's not looking where they're going, t'is not me is it?
Then after that, she was just strolling and we pass a lovely little stream. BAM! She slips on the rock and put her whole foot in the water. I must add that the rock was at that spot about 90% of the surface with just a little crack with flowing water... So she continued on with one dry foot and one fish bowl... She had to make us stop to try and wring some water out of her sock *sigh*
She did other embarrassing things too but I really want to try and forget about it. As I was saying earlier, I'm thinking of getting a disguise like a wig or something, so that nobody would recognise me!
Anyway, I also had a bit of a scare at the beginning of the walk. We passed through a street a bit further and there was a sign on the road. Was a warning sign for aged humans... on the road... argh!
So right away, I'm thinking gosh, there are hidden aged humans that are hiding in the bushes on the side of the road, and they pounce out on you when you pass. I kept looking out for them, but luckily we didn't see any. Was well scary though! 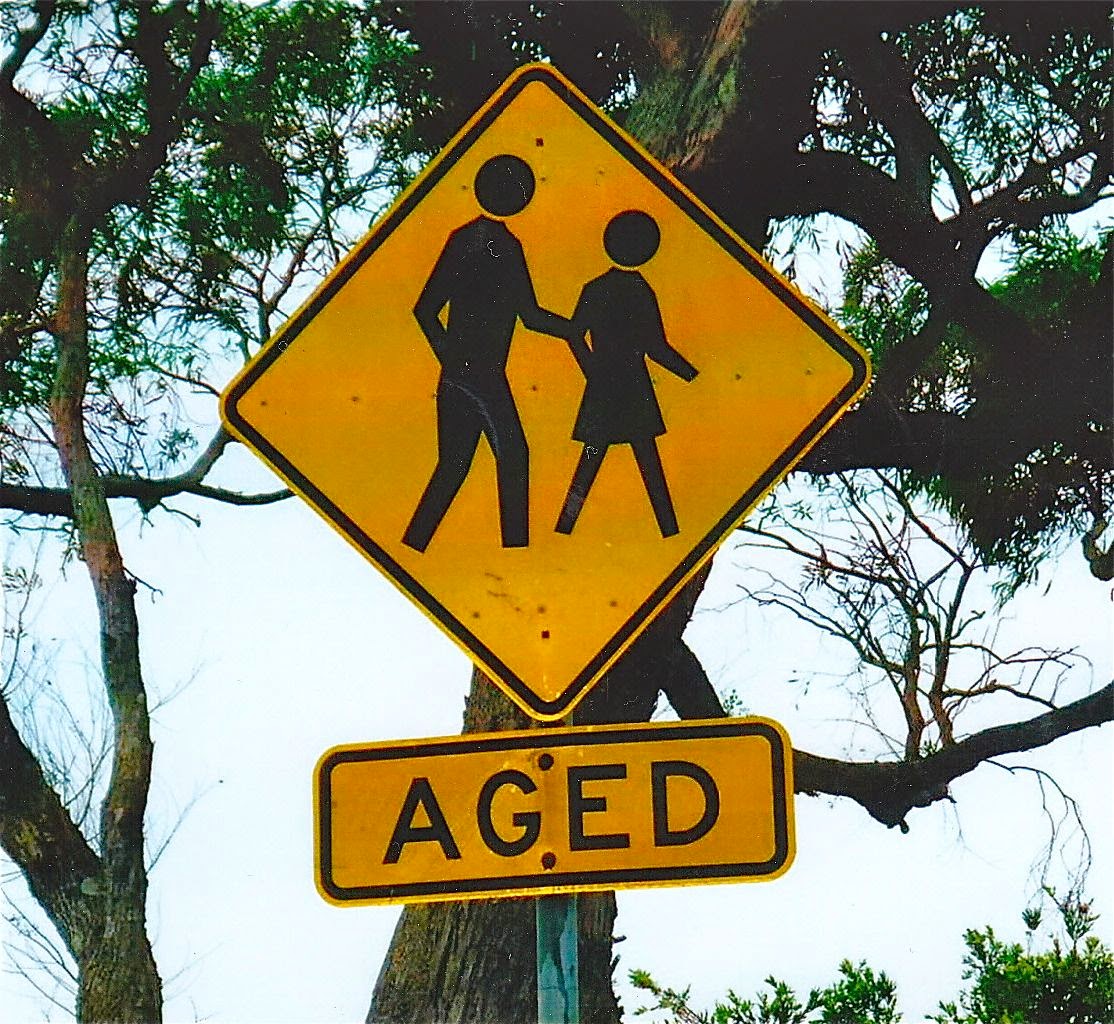