Oops forgot to tell you about the mess the minions made in the house last weekend! They got into their head that the side of the house wasn't really "pretty", so they want to redo the garage and the whole side because they don't like concrete... I thought it was perfectly good to go have a wee but hey, what do you want me to say...

So a few days before the week end, Dad announced that they needed to do some shopping. Immediately, Mum was thinking of nice clothes and diamonds, but they ended up getting a sledge hammer and a big metal crow bar... Well t'is nearly the same no?
Also on the Friday, a big thing in metal arrived on my front driveway. Nobody asked me about it!! I went to check it, and it seemed ok, so I'll let it go for this time... And then on Saturday the madness started they were using the hammer and hurting the concrete bam bam bam! Pieces of concrete flying everywhere! They kept huffing and puffing picking up some of the pieces. I tried to help, but I was always shooed away, which was quite rude I shall add. But then I got an idea, the minions must have been quite bored by the repetitive bashing they were doing, I went to get my ball to keep them entertained. Then, ball and I helped, but I don't know why the minions kept sending ball away, so I kept bringing ball back, yay we're playing fetch, right? They still didn't look impressed... what has a puppy got to do!
Also I wanted to add that if that was me who had done a hundredth of that mess, I would have been grounded for an entire year. But it's them so "it's all ok". Where is the justice there I ask you???
When they stopped bashing the poor concrete (which between you and me was quite dangerous given Mum's inability of staying injury free for more than 2 seconds), they decided to put everything in the big metal thing, was really noisy! It kept resonating and hurting my poor ears. Had to put my paws on my ears, even the girls were agreeing that they were noisy... and that's something coming from them!!!
Now it's a bit of a messy mud pit, not sure it's any better but they said that it was just the start. I sort of like it because I can run like a mad pup and I get muddy paws and then I can run back in the house and mum loves it because she runs in with me waving her hands and singing after me. We're having fun!!! Mwahaha! 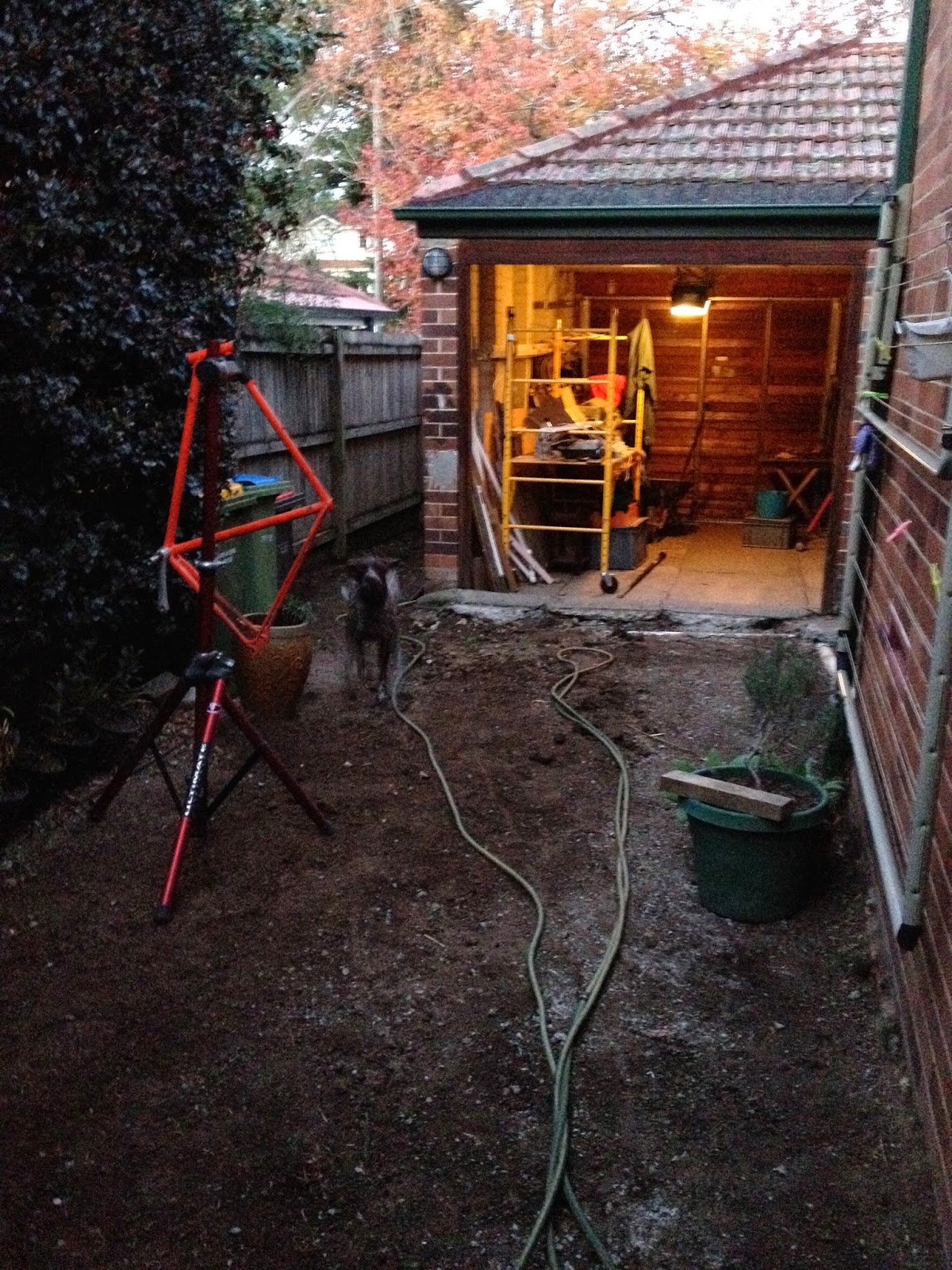 Now after wrecking the outside they are doing a mess in one of the room inside. When will all that stop? And what about running about and playing with ME! Pffff those minions, I tell you...
Posted by Sophie at 18:35